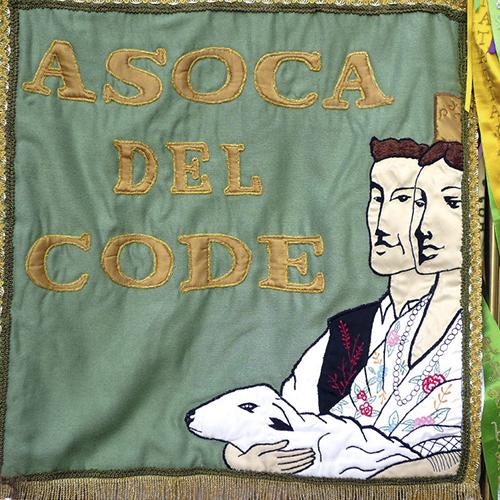 Peña “Asoca del Code” was created by a group of neighbours who made the decision to create a float and participate in the festivities of Saint Isidore.
The name of the Peña means “Friends of the Lamb Association”. In the years of 1983 and 2000, they did not participate in the festivities due to the number of children who were doing their First Communion at that time, and in 2000 because of the marriage of one of its members.
In 1992, they participated in the parade with two floats, one in the children's category and the other in the adult category. This Peña has twice carried the image of Santa María de la Cabeza (Maria Torribia - Saint Mary of the Head) in 2003 and 2005. In the first year, it was carried by the women of the Peña.