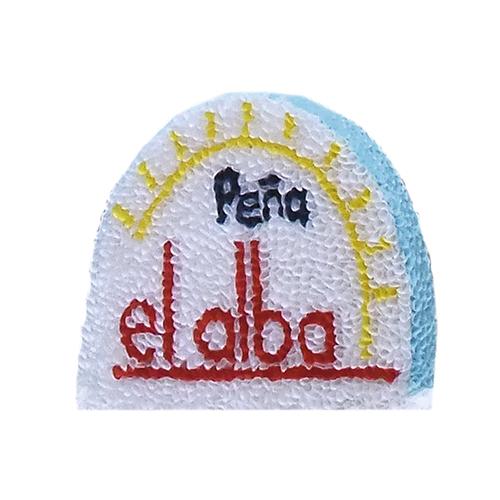 Peña “El Alba” was founded by a group of parents from the “El Alba” school through the A.M.P.A. (Parents’ asociation). They took the school's name when they created the Peña and were firmly commited to making a float for the Saint Isidore festivities. In their first year they decided to make two floats, registering each one in a different category (adult and children’s). A year later, they only participated in the children's category.
One of its amazing mottos is to pass enthusiasm and magic along to the little ones, as well as nostalgia to the older participants. Among their internal events, one could highlight their event which takes place one week before the Parade; a meal for the new members who join the Peña. At this event they also acknowledge and award the work of the “Manjero” (the Peña’s representantive) of the Year. The Peña “El Alba” was one of the founders of the “Federation of Peñas of San Isidro”. The first board of the federation was formed by members of this Peña, among others.

Awards won: In the 31 years they have participated in the festivities, they have obtained important prizes. In 2018, they were awarded the "Best Peña of the Year", consequently representing the Saint Isidore festivities in the cities of San Vicente del Raspeig (Alicante), Pinoso (Alicante), Jumilla (Murcia), Bando de la Huerta (Murcia), Bonfires of San Juan (Alicante), and in Monóvar and Elda at their Patron Saint Festivities.