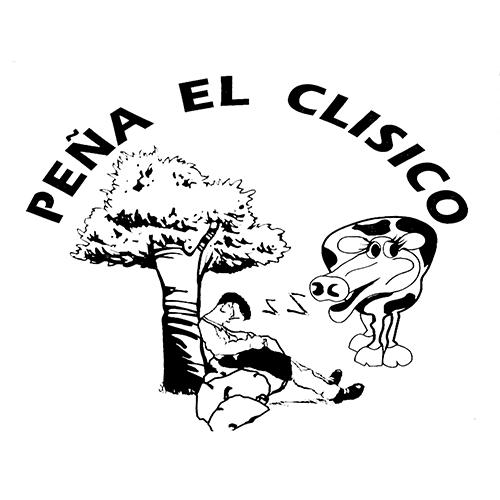 Peña “El Clisico”, as the vast majority of the Peñas, was founded by a group of friends with a lot of passion for the Saint Isidore festivities. They got together and decided to create their own Peña. Many of its members had already been participating in floats made by their parents when they were little. With this new Peña they wanted to live the experience in full, on their own.
One of their greatest joys is the group of little ones, boys and girls, who have come to the world throughout these years. Several years they have won the "Gachasmigas" contest and the "futbito" championship organised annually by the Federation of Peñas of San Isidro.
During the year they organise several internal festivities such as tapas and dessert contests, wine tastings, costume parties, karaoke and, of course, sticking the “papelicos” on their floats.

The Peña’s Queens and Ladies elected for the festivities: To date this Peña has not yet contributed Ladies or Queens to the festivities, hoping to do so in the coming years.