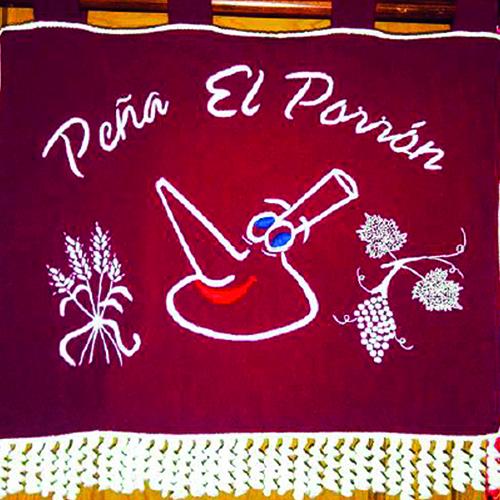 Peña “El Porrón”, despite being a humble Peña, has received some important awards. In 1994, leaving the Furniture Fair to participate in the parade, they were unlucky enough to puncture one of the wheels of their float. They were unable to find a spare wheel to change it, which meant they could not parade.
When they arrived at the grandstand of the authorities with their flat tire, they were awarded with the special prize “Mayor María Cristina Soriano”, abandoning the parade with their eyes full of tears for not being able to continue after all the effort and hard work they had put in during so many months. And, if that story is not enough, they have another one… Their most special memory is from 2008, when they were in charge of carrying Saint Isidore Labourer, “To carry the Saint on your shoulders is an unforgettable experience”.

Awards won: In 1990 they obtained the third prize in the adult float category for their float named “Flores de Lilium”. Also, in 1992 they received the first prize for their float “Palomas Audaces”.