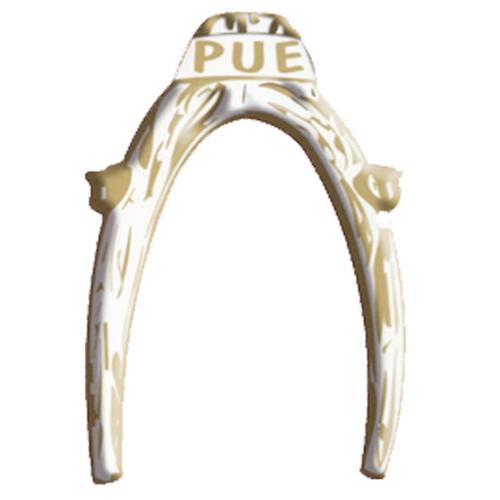 The name of the Peña is "El Pue", this word is one of the most characteristic ones in local speech, meaning a variety of feelings. It generally serves as a filler word in conversations. The Peña’s symbol is the “yoke”, a traditional tool used in Yecla's agriculture.
The floats of Peña "El Pue" are extremely popular because of their originality, grandeur and richness of colour.
The Peña has participated in the International Folkloric Parade of the Bonfires of San Juan in the city of Alicante several times. In 2008, it organised an exhibition entitled “Old samples of Yecla’s harvests”, and that same year it was awarded with the “Special Award for the Best Peña” by the Federation of Peñas, allowing it to pridefully carry the flag of the Federation of Peñas in each and every one of the events of the Saint Isidore festivities.
The Peña has organised several group trips. Also, in previous years members of the Peña have been appointed as members of the jury for the election of Queens and Ladies. Apart from this, they have participated as jury members to award prizes in the float contest.

Awards won: In their more than twenty-seven years of existence, they have obtained five first prizes, three second ones, five fourth prizes, a fifth one, a sixth one, a Sympathy Award and two runners-up.

The Peña’s Queens and Ladies elected for the festivities: 11 junior ladies and 2 junior queens. 8 adult ladies and 1 adult queen.