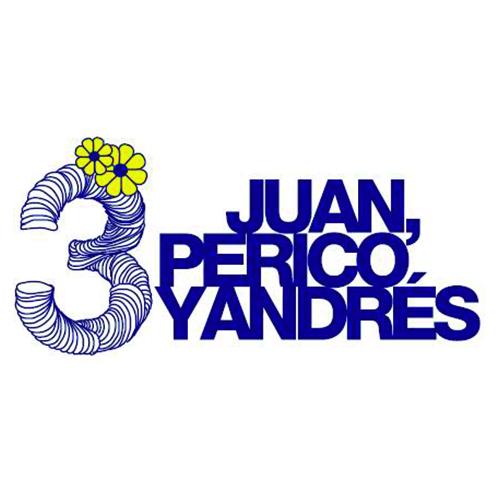 Peña “Juan Perico y Andrés” is set up in 2006 by 15 friends who, together, decided to create a Peña. This Peña has been growing over the years. It takes its name from a local game, paying tribute to the Yeclan idiosyncrasy.
Among its internal activities, the “tapas” contest should be highlighted. Their floats stand out for their originality, always seeking social critique and humour. In their first float, they made a version of the "Fandanguillo de Yecla”, and it was represented by all its members.

Awards won: They obtained a special prize for their second float entitled "Viñagolf", criticising the poor use of water in the region; it being used for golf courses instead of for the agricultural sector. The most important prize was won with the float “Vacas, antes locas, ahora flacas”, making reference to the last economic crisis, with which they won a 5th prize in the adult category. Their last float made reference to the most legendary club in the city, “La Manix”, which had had significant media coverage over the years. The float did not receive any award, but as it had such a big impact on the local population, the members were very satisfied with it.