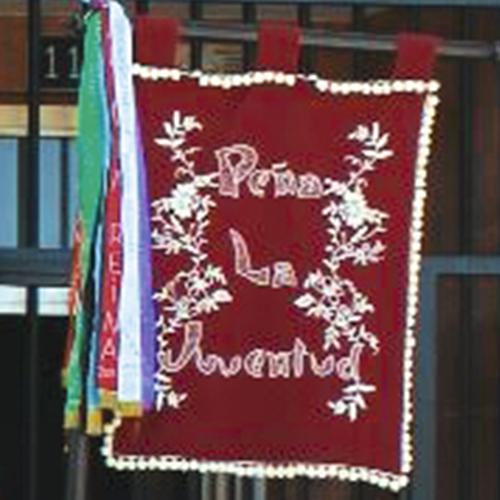 Peña “La Juventud” was founded by four grandmothers (Bienvenida, Concha, Maruja and María) who were friends. All of them had a few grandchildren who they picked up from school and took with them to the countryside to stick "papelicos". At that time, they glued them on using a mixture of water and flour. Like this they made their first float entitled "La Casica". In it they placed all the young ones so that none of them could get lost.
They loved the experience and, since then, they have participated non-stop. In the 25 years they have been participating in the festivities, all its members have enjoyed special and unique moments. They have lived these moments with great passion, enthusiasm and excitement, always being grateful for the work and effort their grandmothers put in to show them to love these festivities.